November has been going on for weeks, almost YEARS now…but today it happened! The sun managed its way through to us! It was noon and we could almost pretend that it wasn’t November…! I jumped!!! What a joyful moment! I’m not a dolphin, but just as happy!

I was not in my classroom, although none of my students would have frowned for a sunshine jump, but in the staff room. My reward was a lovely laughter from the two of my teaching friends who were in the staff room at that time. They were, too, happy! We had all forgotten what the sun looked like and were SO happy for the unexpectedly bright sunshine for being this time of the year. I ofteb notice in my classroom, with students from all over the world, that November is a challenge, especially to those who are used to bright sunshine all year through.

A lot of facts can nowadays be easily found on the internet. Many skills will soon be forgotten and a five-year-old can google just about anything with no help from an adult. I sometimes feel old when I notice how my kids know things I spent a lot of time learning. All they need to do is google. At work I notice that the gap between those who know how to handle IT and those who don’t is increasing. There will be no equality unless students get their computers thru school and also good instruction from skilled teachers. There will always be students with parents who either cannot afford a new computer, or maybe don’t understand to what extent their kid will be left out in school if they cannot be online and use internet as the rest of the kids. Being curious is a good start!

Even if we may think some things were better THEN than they are NOW, we need to at least try to go with the flow…

Otherwise we, the teachers, would soon be relics, too… Stored and filed side by side with flanellograms,

chalkboards and sandpits with sticks…

In subjects where a smartphone is a rich resource I don’t fully understand why schools still say students cannot use their phones in class. The teacher has a great opportunity getting things done a lot more easy by accepting the use of smartphones when it IS smart to use them. When we don’t find the solutions to meanings of words, the smartphones serve as dictionaries and saves a lot of time, compared to finding out by a visit at the local library, but that is not the only way to save time with a smartphone in a classroom!

Let me share a few examples from my own classroom, which is a language learning classroom with Swedish as a Second Language as the one and only subject. The students and I talk a lot about things we read, listen to or watch. I always try to help them by writing additional examples on my white board. This is however not a classroom with a SMARTBOARD, but just an ordinary poorly equipped in-the-basement-classroom. When the whiteboard is completely filled with comments, words and phrases connected to the topic we discuss I either take a photo myself and later I re-write some of the unreadable stuff for my students, OR I ask them to simply use their smartphones and take a photo of my notes. That’s quick and easy and also a SMART way to use PHONES.

Another thing with language learning is to use the phone for pronunciation. Many students in my classroom merely meet one person who speaks Swedish and I am that person. Although I try to give them several suggestions to where they can listen to Swedish, or perhaps meet Swedish people and talk to them, it is very difficult to some of them. Their smartphones is thus an excellent way to help them out at least with pronunciation of difficult words or phrases and also more than anything else, the quality of the sounds of the nine Swedish vowels, when put in different positions of words or phrases. When students record my pronunciation and go back home and listen, repeat, and their own pronunciation improves rapidly. So, if I would stick to the rules of many classrooms and say ”Don’t use your smartphone in class!” my students would have a tougher time learning Swedish.

Ines Uusmann, Minister for Infrastructure, seemed to believe that the internet would be forgotten after a few years, although it is said that the reason why everyone remembers, is that the headline for the article was a fake quote. This is in fact (in Swedish, though…) what she said:

Many years ago I went on an excursion in the village Nyberget, Stora Skedvi, where my mum grew up. We climbed a mountain just outside the village and the view was magnificent. The striking view was however not the purpose of this excursion, but instead we had all come to see for ourselves how young people from way back when had found a lot more important things to do on Midsummer’s Eve than to sing ”Små grodorna” and dance round the May Pole…

The lecturer, Stig Welinder, a well-known archeologist who at that time lived in the village, shared both details about many of the couples and facts found in the many church archives from the actual time. In Sweden it is possible to track our ancestors several hundred years back in time and this was also what the archeologist had done, in detail. He could tell stories of families with happy or sad moments in their lives, all facts verified and found in public archives where anyone could have found pretty much the same information if only we had spent that time. Many of the young couples in the local area had climbed this very mountain on Midsummer’s Eve to enjoy the sunset together.  To remember the day, they carved their names in the rocks on top of the mountain and also planned for a future life together. The place was well-known in the nearby villages as ”Skrivarhällen”(Welinder, 1992) and not just the teenagers from one of the villages climbed the mountain, but also those who lived on the other side of the mountain, a bit further away.

The rock carvings can still be found, if you first climb the mountain! 😀

Among other things that Welinder shared with us in his lecture, was the nature of names in Dalarna at the time when the rock carvings were made.  But there were just a few different names that seemed to be popular, and a few names were just the same, so in order to know who was who, you needed to add the name of the farm, or place, such as Petter Danielson, On the Hill. His son would be named after his father, Daniel Pettersson + On the Hill, and his son in turn, would most likely be called Petter Danielsson+ On the Hill… For women, the use of daughter would be used instead of son.

I would, for instance, have had the family name Dalkesdotter, since I am the daughter of Dalke. My brother would acoordingly have been called Dalkesson. During the 23 years I have been teaching I have noticed the change in naming. When I graduated in 1991, many of my first students had names that have been used in our country for generations. Boys names like Daniel, Peter, Mikael, Anders and girls names like Anna, Maria, Kristina, Helena, Ylva etc. But after a few years of teaching I noticed that many of the boys now rather had names like, Kevin, Justin, Jim, Tim, Tom and girls had names like Natalie, Felicia, Caroline, Nellie etc. Nowadays we find a lot of different names, a variation that can be connected to our complex world with input from not just the local area, but from other parts of the world.

My own name, Åsa, is from the time before Sweden was Christened and means ”goddess”. Very few little Åsa’s are to be found nowadays, but instead some of the names that I would connect to old relatives are coming up as new favourite names for kids. It’s funny how one sometimes hear parents call for their little ones and you expect a person in their seventies to approach behind a tree in the park, but instead a little toddler, called Bosse or Leif, will meet his Mom with a lovely smile! 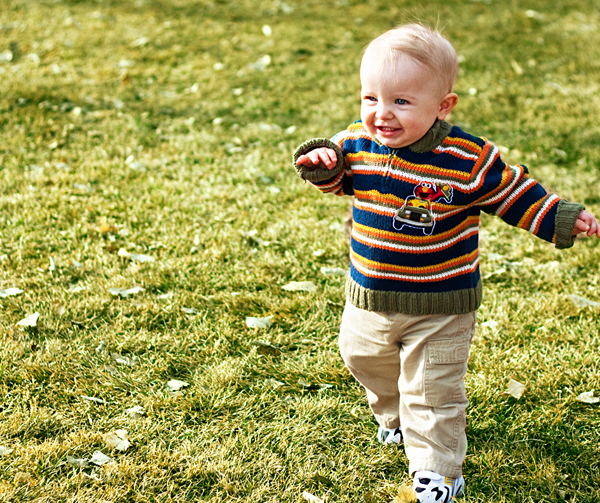 My friend the archeologist from the mountain top is a very good example of being modern at the same time as he cherishes the value of how our ancestors chose to live their lives. What footprints or fingerprints will our generation leave? No mountains will be filled with names, but maybe we will share something else that is just as interesting and important? Let’s hope so!

I note that a media issue here in Sweden right now is whether teachers without a certificate will be able to study for free with full pay or not. All teachers I know have either worked to earn money enough to pay their studies, or they have a loan from CSN that they still pay monthly, in my case I still pay, 23 years after graduation…

If people who are not yet teachers, will be fully paid while they study, I wish the Government would pay my CSN-loan for me.