Migration is not a new phenomenon. People migrated thousands of years ago both abroad and within national borders. Despite the many negatively written articles lately, there are good examples that need to be acknowledged!

I read in today’s SvD (Svenska Dagbladet) about a small community in the middle of Sweden, where the new migrants were as many as the original inhabitants, but the people in Åre manned up and contributed volunteerly for the group of immigrants. Åre is very far away from the bigger cities. In a small community like Åre, connections between representatives of different authorities may be closer and I guess people in a small village also know each other quite well. When a busload of immigrants arrive, it may cause somewhat chaos for a short while, but true friendship in the local community is crucial. According to the article, people all contributed in their own different fields of society to help the immigrants as smoothly as possible. Today, not even two years later, the Åre society is profoundly changed in many positive ways.

I think, on a national level, when Sweden welcomed many of the refugees who had fled thru Europe in the fall of 2015, that was the only decent thing to do under those extreme circumstances. In my profession I meet many of them now, two years later and guess what? Many of the refugees who have been here less than three years, in fact cope quite well in their new lives in the wintery and snowy northern country of Sweden. My teaching subject is Swedish as a Foreign Language and I meet my students after they have passed the compulsory level and head on to higher levels of Swedish.

I cannot stress enough how rewarding it is to teach adult immigrants and share their stories about life. They learn Swedish, search for jobs and they dream of a home of their own and later a reunion with their family. Thoughts of the past, traumatic memories and losses may slow down the pace in which they learn to cope in their new environment, but despite very emotional events prior to their current situation, most of them are working hard to achieve their goals. In the long run, I think we all try to make the best of every situation despite hardships and trouble we pass along the way, at least that is what my students prove to me over and over again, every day in school. 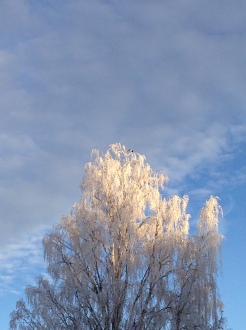 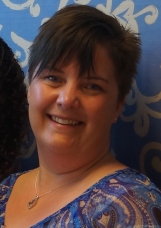