Sixteen years ago I was on maternity leave with my youngest daughter. I spent my days breastfeeding… at least so it seems in a retrospective. My daughter was the kind of baby that you cannot really feed enough, so I found myself watching all the available soap operas… There was however one afternoon (…but it was MORNING in the USA…) that was not at all like the rest. In Sweden where I live, like in most other countries, we have the tradition of ”breaking news” if something extraordinary happens. I remember the 9th of September 2001 exactly like that. I was actually watching an extra news alert with the footage of the first Tower of WTC burning when there, right then, the second tower was hit. The Swedish News reporter commented this and I remember I felt strangely aware of that particular moment, as a ”NOW” to remember forever… A truly moment of MINDFULNESS.

My first reaction after a short while, was to write to my friend in NJ. At the time he worked as a teacher in a school south of Philly. I wrote ”Are you safe?” and he pretty much replied ”Yes. Why do you ask?” and as I remember it, he and the rest of the staff in that school did NOT know from the start what had happened in NYC, but I did, 8000 km away… That was the start of a surreal experience of watching a part of our history from my livingroom. In fact, it all happened then and there in front of me and it was horrific. I remember thinking of the future then and now I think of all the things that have happened AFTER that date. There are wars and conflicts all over the globe. Terror and meaningless violence has become a part of our time, no matter what we think. It makes me sad that so many people worldwide suffer from conflicts or become the victims of terror acts.  I think the only way to change is within ourselves. Worldwide peace may not come during my lifetime, but I hope for a more generous era soon to come. It is about time we give peace a chance. 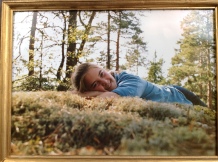 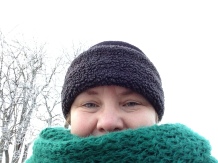 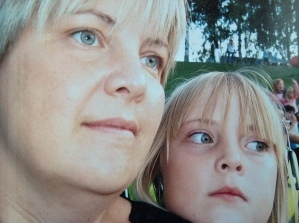