Earlier today I wrote a blogpost in Swedish about the colours of Christmas. To give a few examples of that I added a song we all know, i.e Blue Christmas with Elvis Presley. I didn’ t plan to actually play it myself, just to add it to the blog post. But accidentally I turned on the player and then I was hooked… So from then on I have been walking in memory lane with one of the most wonderful voices ever. Over the years I cannot say I have been listening all the time to Elvis Presley, but I would be true if I’d say I never lost the feeling for some of the songs either. When I was ten years old and Elvis died, I asked my Dad for an album with Elvis for Christmas. He bought the Golden record from a concert in Canada. My fave song was this one, although here I found the Nashville edition:

in October 2014 I had the opportunity to find out what it might be like to be very close to Elvis, in Nashville, because one of my teaching friends in NJ talked about how she left NJ for Nashville. We spoke for a long time about Elvis’ music and about our favourite songs. We had one thing in common. We both enjoyed the gospel songs and also the latest recordings. How Great Thou Art is originally written as a Swedish hymn and it is often sung in funerals, Oh Store Gud. It is recorded many times, but one of the best is this one, in my opinion, mainly because the singer Christer Sjögren admires Elvis Presley and thus is a great performer of his songs in general. This time however, it is the Swedish version. Can you speak Swedish? If not… what if you can sing it??? 😉

But whatever Elvis did, he was copied by others and some of them are very nice singers, too, one of them is again a Swedish man, called Henrik Åberg who has admired Elvis Presley for a long time and manages very well to get close to Elvis’ sound:

But it doesn’t necessarily need to be a man, to sing Elvis songs. Carola is one of few Swedish female singers who keep coming back to old Elvis songs particularly because she loves them, but also because Elvis was her late father’s most appreciated choice of music. I think many of her recordings of Elvis’songs are very well performed and can stand the comparison with other wellknown singers worldwide. Do you agree? 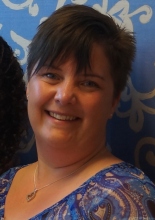 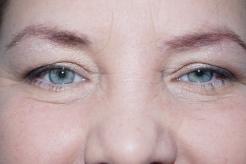